Ardmore Is It The Right Town For You?

Ardmore Is It The Right Town For You?

Originally named Athensville, the town changed its name in 1853 when the railroad station in the center of town was renamed by the Pennsylvania Railroad. Picturesque Ardmore was developed as a result, and became a popular host for wealthy families in the city to build their country home in the nineteenth century. While today it is considered far from “the country”, the town still enjoys an affluent, historic feel with plenty of tree-lined streets and beautiful stone mansions. 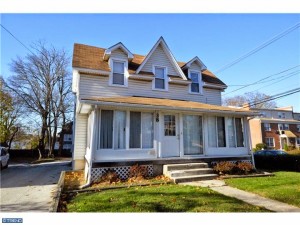 There is no shortage of things to do in Ardmore! Suburban Square is a popular open-air shopping mall (in fact, it’s one of our countries earliest shopping centers) featuring high-end boutiques and plenty of fine eateries. Ardmore Farmers Market is located nearby and is open seven days a week to provide the town’s residents with fresh, local, and organic ingredients. The Ardmore locals are passionate about the continued success of the place they call home—in fact, The Ardmore Initiative is a business district authority responsible for all of the improvements of downtown Ardmore.

Served by both of the award-winning Lower Merion and Haverford Township School Districts (depending on which side you live on), Ardmore has a reputation for affluence. Home prices are higher than our state’s average, but a variety of options are available.