Forget what you heard about millennials loafing around, unemployed, in their parents’ basements! A recent report conducted by the National Association of Realtors found that millennials (that is, adults under 34 years old) accounted for 32% of all home purchases in 2014. The study attributes increased employment and growing young families to the surge in buying. 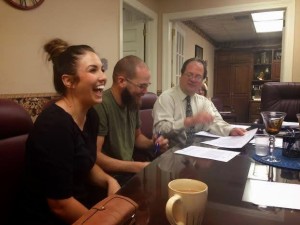 Young couples entering the housing market is a good thing for both the economy and neighborhood stability, according to the National Association of Realtors. The chief economist of the association, Lawrence Yun, notes that we still have a way to go before returning to pre-recession levels of first-time homebuyers. Yun remains hopeful that this rate will increase in the upcoming years.

Another interesting tidbit? Millennials were most likely to buy with their unmarried partner